An investor agreement to prepare the offer has already been concluded, the offer documents are expected to be published in mid-December. The price of 29 euros per share corresponds to a premium of around 23 percent on the closing price on October 6, the day before the takeover talks became known. The takeover plans are well received by Aareal Bank investors. The shares of the Wiesbaden real estate financier rose by 3.8 percent to 29.16 euros at the opening.

“The great interest shown by Advent and Centerbridge and the bidder’s intended offer are clear evidence of the attractiveness and sustainability of our business model,” said Aareal Bank boss Jochen Klösges about the initiative. The announced offer is in the best interests of the company.

The supervisory board also supported the offer. The investors are behind the strategy of the bank and want to accelerate the growth of the institute. At the same time, the bank announced that it would remove the proposal for a dividend of EUR 1.10 per share from the agenda of the extraordinary general meeting scheduled for December 9th.

The purchase offer provides for a minimum acceptance threshold of 70 percent. “Advent and Centerbridge bring extensive experience in the areas of financial services, real estate, software and payment transactions,” said Advent CEO Ranjan Sen. “We want to invest in the group in order to further develop the bank’s segments.” 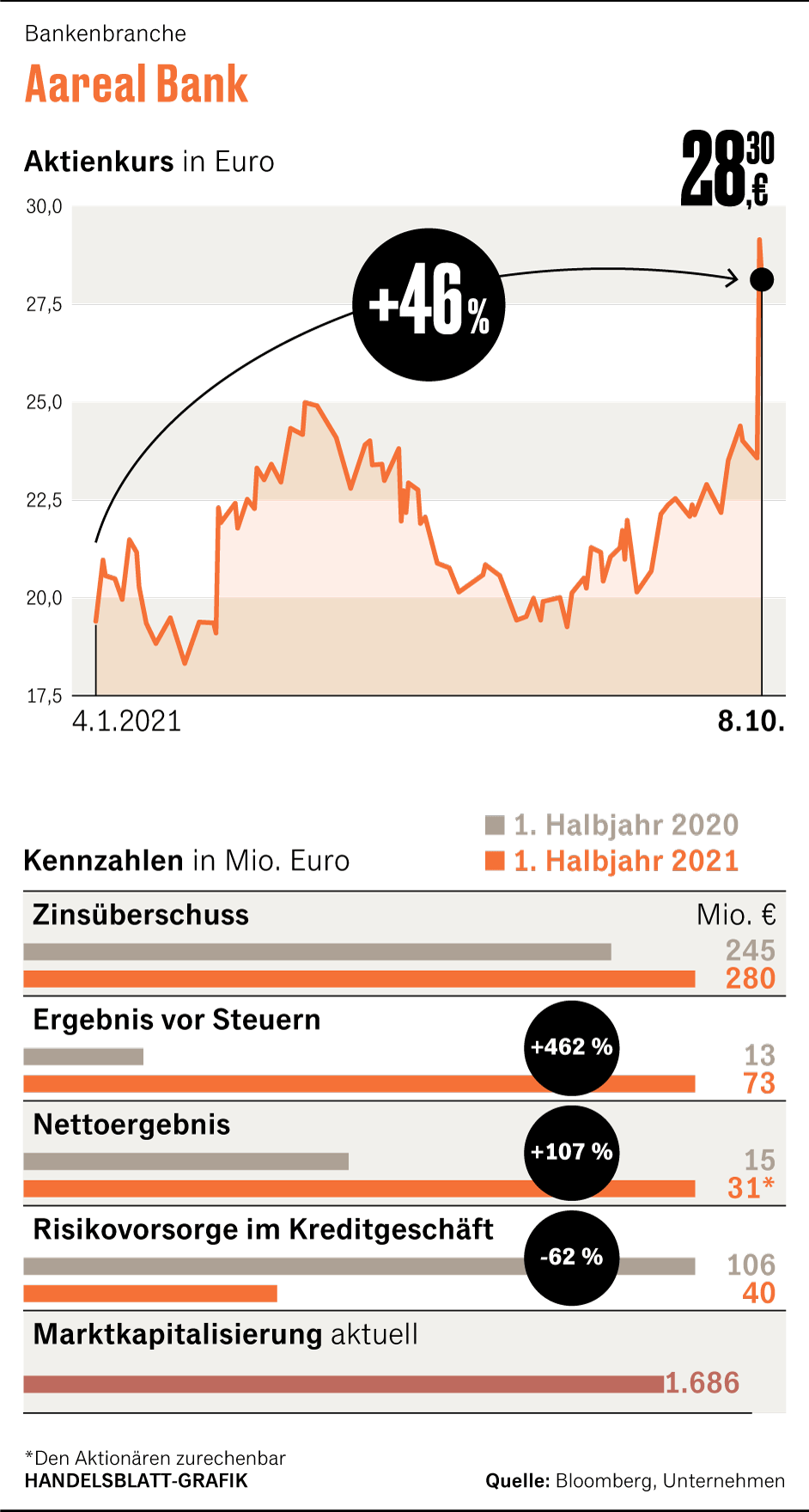 Advent is not an unknown quantity for real estate financiers: only last year the bank brought the financial investor on board at its IT subsidiary Aareon. Advent acquired a 30 percent stake for around 260 million euros. With the software from the IT subsidiary, renters can, for example, manage real estate and rent payments. Ben Langworthy, Senior Managing Director at Centerbridge said that with a stable shareholder base, Aareal Bank could better focus on its longer-term goals.

The bank was particularly hard hit by the Corona crisis due to its focus on loans for commercial real estate such as shopping centers and offices. Most recently, however, the bank had achieved a profit boost. In the third quarter, the group’s operating result almost quintupled within a year to 50 (previous year: eleven) million euros. The forecast of a group operating profit of 100 to 175 million euros this year has been confirmed.