The roguelike game genre has generally been a genre that we encounter with the possibility and difficulties of playing for a long time. Generally, although most of the games are quite repetitive, good examples of the genre can offer an unbelievable gameplay. But the main focus is definitely not the story.

In the examples we have come across recently, the story has started to be fed in a good way. Hades is one of the best examples of this. Things are pretty similar in Children of Morta. When a fun gameplay and a sweet story are added to a visual that impresses the player, a game that is quite enjoyable to play emerges.

The Bergsons are in trouble

Pros of the story:

Cons of the story:

Children of Morta is about the war of the Bergson family against corruption. their world oh The task of this family, who is trying to save the mountain god and bring order to the universe, is not easy at all. Since the game hosts the roguelike genre, the events develop a little differently. The events that you encounter randomly in the sections you enter suddenly change the story. can affect differently or vice versa, it can be a case of finishing the straight section without encountering anything.

As we mentioned, the fact that the game is roguelike adds both the story and speed up as well as can slow down. But you can definitely finish it without missing anything in the story. The question marks that remain stuck in the head are about the events that occur outside of the main scenario. You may not be able to finish some of the side stories unless you search through the current chapter. So much so that even after the story ends and you watch the endings, that side story may still appear in your quest window halfway. Of course, although this situation will differ from player to player, it is a situation that is likely to happen and %one hundred It can annoy those who have a plan to finish somehow.

Since there is a family bond in the story, you can connect with the characters in some way, and this is a very important situation for the depth of the story. If you know who all seven of the 7 characters are and can remember their names, this game will impress you a little bit about the story and character depth. succeeded means.

Morta’s world and the Bergsons 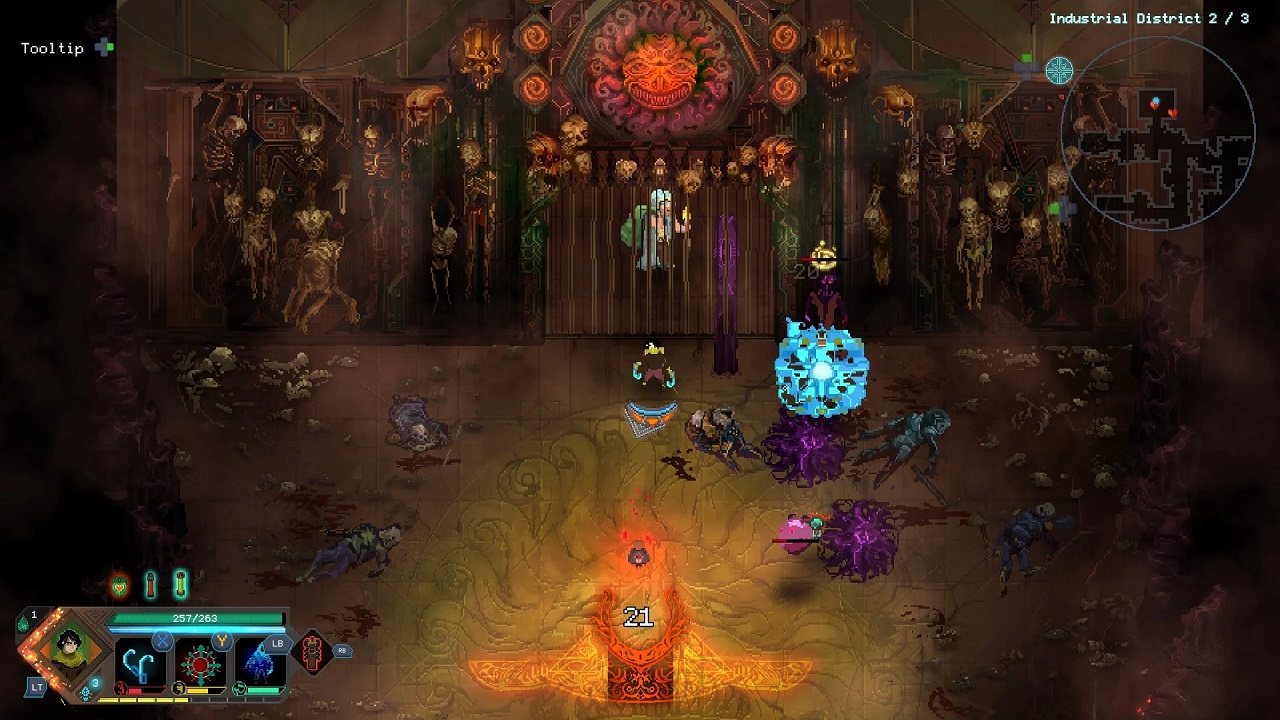 The world of Children of Morta is a game that uses pixel art style very well and manages to impress the player with its world. But the more impressive and heartwarming the outside world is, the more the parts we play are. hoarse and the human darkens. When you say caves, deserts, and sections with an industrial taste, one misses the light and greenery of the air. Of course, since we are trying to clean the game from corruption, this situation can be understood, but I wish we could clean that corruption from the forest, the mountain and the slope.

Children of Morta hosts 7 different playable characters in total. We started the adventure with 2 characters at the early levels, and as we progress in the game, new characters join in proportion to the story. Of course, all but one of the characters are from the Bergson family. The other character is somehow connected to the story. Our game, which deals with the concept of family is everything, also has a different system for character diversity. This was a detail that I liked very much that I did not come across in many games. After playing a character for too long, a negative effect occurs on that character in the character selection screen, which is displayed as a percentage. This effect”tirednessIt appears as ” and the higher the ratio, the higher the character’s maximum health. little is happening. This situation, which seems annoying at first glance, turns into a very interesting event that causes you to play other characters in the game after a while. Moreover, each character has certain levels and affects all family members. passive properties It’s really nice considering.

Children of Morta has a skill tree with new features up to Level 20. Although this skill tree has many functional features, the game in general affecting too many features does not host. But as I mentioned, it is important to play the characters in general, as each character has characteristics that affect the whole family. Increasing the levels of the characters is a little difficult at the beginning of the game, but towards the end of the game, it increases in proportion to the difficulty of the sections.

Children of Morta in general upset One of the parts is the roguelike part. Our game is very much compared to general roguelike games. simple left. With the money we earn, it doesn’t do much except for simple features such as maximum health, damage increase, fast running, and this is a bit of a rogue-like philosophy that allows us to play the levels regularly. opposite There are items in the game that provide extra features to the characters special to our current episode, but in general, there is not much difference between the presence and absence of most of them. If you go straight in the game without dying, you can finish the levels quickly and end the story in a short time, and your only loss is the end of the game before your characters reach the maximum level. Therefore, Children of Morta is more of a replay feeling than roguelike games in general. story It’s more reminiscent of the usual games we’ve been working on.

Conclusion: If you’re looking for a serious roguelike experience, you might be disappointed, but the story, visuals, and gameplay might drag you in. 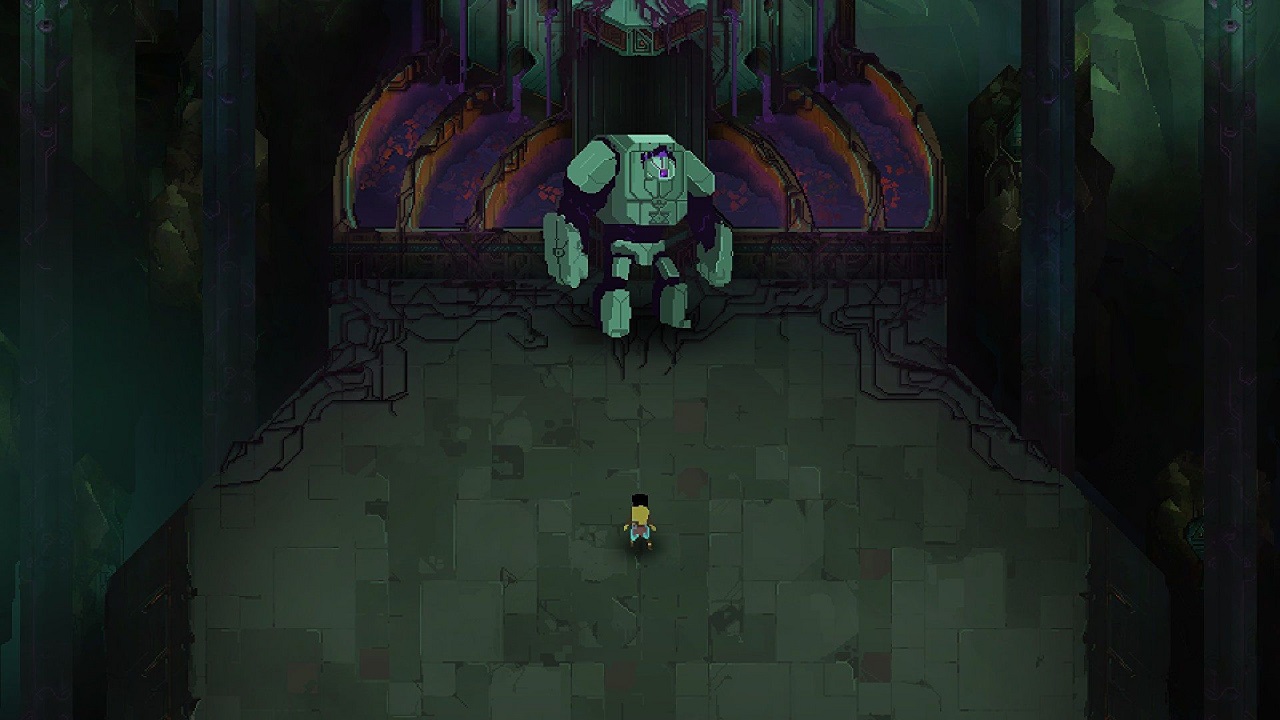 Children of Morta is definitely not a bad game, but this may vary depending on what you expect from the game. Good enough for story or gameplay satisfaction Although it has the potential to provide Therefore, clarifying the point of view at the very beginning can increase your gameplay enjoyment.

Since our game is an indie game, of course, it is difficult to expect everything to be perfect, and Children of Morta, like many games, has its pros and cons, but in general, its residuals are more than minuses. outweighed there is a situation. That’s why you might want to give the Bergson family a chance.