There are many things to consider before buying a computer. It is necessary to know not only the prices, but also which product is compatible with which product. In this content, we have prepared 6 computer systems suitable for every budget that can work in harmony with each other.

Today, setting up a new computer system has become much more difficult than in the past. To build an ambitious computer tens of thousands of TL must be sacrificed. As such, you need to think twice when you want to set up a new computer system. Although they are expensive, computers are now among the indispensable parts of our lives. We use computers at every point, from the education we receive to the job we work. However, our need for computers is not limited to these.

When we want to play games to distract ourselves and do something, we need a powerful computer. If you want to set up a new computer system, we will try to help you today. For you We collected a total of 6 computer systems at 3 different income levels. In this content, there are 6 different computer suggestions ranging from the most suitable alternatives that you can use easily to systems where you can push the limits of power without worrying about the price.

6 Desktop Recommendations for Every Budget

Two system suggestions around 15 thousand TL for those who say that they should not upset me about the price.

The generation of computers in this price band is a bit old, but still, so as not to upset you. M.2 SSD We tried to include up-to-date equipment such as

In the system where we include Intel’s Core i5 11400F processor, NVIDIA’s GeForce 1660 graphics card is located. This graphics card, which can run most of the games on the market in Full HD settings, is accompanied by 16 GB of RAM running at 3000 MHz.

It’s a balanced system in general, but let us remind you that in some games you will need to lower the display settings. The AMD system we offer in this price range is more powerful, but the best part of the Intel – NVIDIA partnership, the heating, works extremely stable for this computer as well.

This AMD system we collected is slightly more expensive than the other system, but AMD Radeon RX 6700 graphics card, price – performance is more ambitious than NVIDIA’s graphics cards.

With the effect of this small price difference, we can say that this system, which is powered by AMD, is more powerful in terms of performance. AMD systems always get a little overheated compared to the Intel – NVIDIA combination, but we can say that the Radeon RX 6700 is a graphics card that does not have a heating problem.

Two system suggestions around 30 thousand TL for those who say that they will open the mouth of the bag even if it is good. 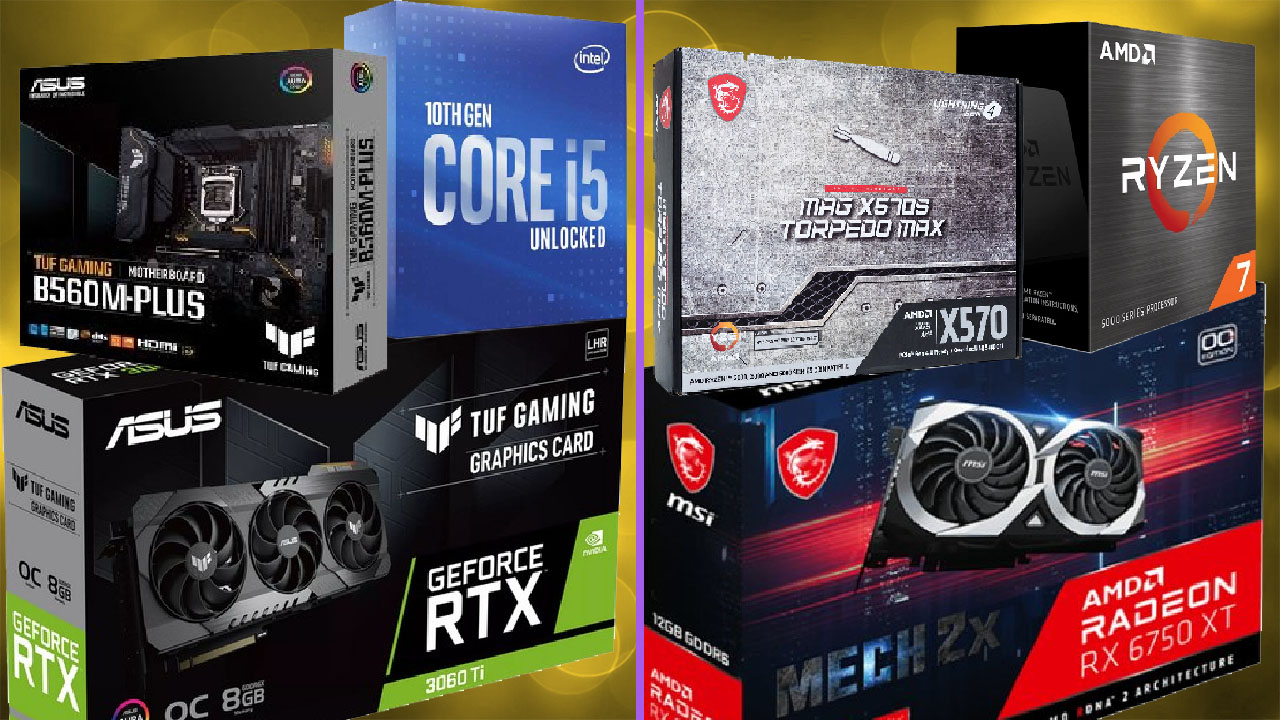 We know that 30 thousand TL is a very high amount of money for many people, but we are getting used to these prices in today’s economy. In these two systems We improved some important parts such as processor, graphics card.. In addition to the M.2 SSD, we tried to create 2 TB of additional storage.

If you say “I’m happy with the combination of NVIDIA and Intel, friend”, this system will be ideal for you. In the system where we added Intel’s i5 10600K processor, it will also be loved by the lights on it. 32GB Xpg Spectrix D50 RAM is located.

We chose the GeForce RTX 3060TI as the graphics card. Also, you may need some storage space when you’ve paid that much. That’s why we added 2TB HDD in addition to 1TB M.2 SSD. Along with these, we have included the Zalman CNPS10X Optima II fan cooler to minimize the heating problem of our processor.

This system will make you very happy if you set out to not spend a lot of money and to take me for many years. in the system Radeon RX 6750 XT is a complete price-performance product.

This graphics card, which is mostly used for playing games on a 2K screen, is the star of the system. However, there is an extremely ambitious processor like the Ryzen 7 5700x and MSI’s MAG X570S Torpedo motherboard that will take you for many years.

For those who say that money is not important, I want to be able to do everything I want, two system suggestions around 90 – 120 thousand TL 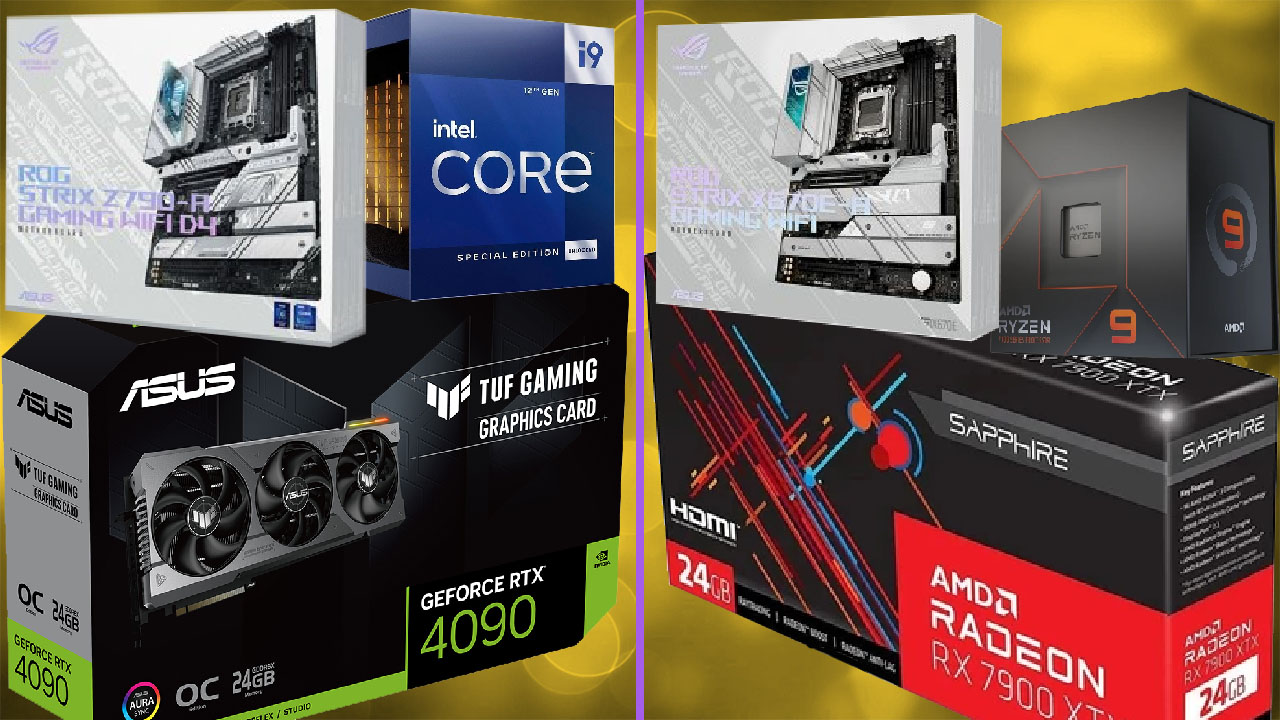 These two systems generally use the most up-to-date products on the market at the moment. However, the price is way too high. GeForce RTX 4090 OC Edition We know that the graphics card is a bit expensive with its price of 59,500 TL, but we can say that its performance is quite ambitious.

However, in AMD system AMD Radeon RX 7900 XTX Although the graphics card is cheaper, we must say that it is a very powerful hardware.

While establishing this system, we tried not to care about the prices of the products. Our goal here was really to build a computer that could take us many years and allow you to do everything you want in the best possible way. While doing this, we preferred the GeForce RTX 4090 as the graphics card. Intel Core i9 12900KS In the system with the processor, we combined this processor with MSI’s Mag Coreliquid 360R V2 liquid cooler.

Of course, the power of this system will increase its power consumption. In order to stay strong against this power consumption, Cooler Master Mwe 850W We chose the power supply. As such, it was the most expensive system, especially since With a price of 59,500 TL I have a scary video card. If you want to pack an NVIDIA system and want full power, this system is for you.

What’s the Difference Between Gaming Laptops and Business Laptops, Both Are Performance Monsters?

Of course, we offer you the last two systems will exceed most people’s budgets. Although such systems are in everyone’s heart, we also need to be realistic. From this perspective, as your editor The system I would prefer would be the mid-range AMD system with a price tag of 29 thousand 682 TL. In terms of price – performance, we think that this system will be enough for you for a long time.

So what do you think about these systems? If you bought one of these systems, you can view the images of the system you installed. “[email protected]” You can send it to your address. We will try to include these images in our content.